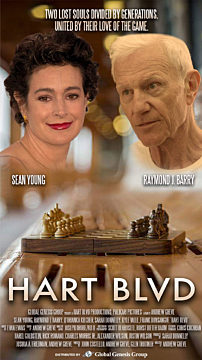 When Roy Wood (Raymond J. Barry), the elderly patriarch of a broken family, fractures his hip, his directionless grandson, David Miller, who is jobless and nearly homeless, is forced to move in and care for Roy. Roy and David begin to play chess to break the ice. They both realize though the moves of a single game can’t be re-done, the next game becomes a chance for both Grandpa and his Grandson to start a relationship again. Reminiscent of THE FAREWELL this film takes us on a journey of a Grandfather and his Grandson grappling with long-held family secrets, including what strained the relationship between David's Grandfather and his mother (Sean Young). As Christmas approaches, David is determined to reunite the family and hatches a plan to bring three generations together in the house which he and Grandfather have come to call home. David hopes to repair more than just broken bones.