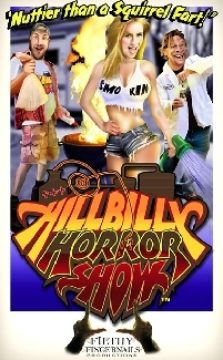 Each episode of Hillbilly Horror Show is an hour of bloody fun. Hosted by our favorite, fun loving and beer guzzling hillbillies, Bo, Cephus and their “Smo-Kin” cousin Lulu. The show is an anthology of short horror films created by talented, up and coming filmmakers.
Created by award winning writer and producer Blu de Golyer (House Of Good And Evil) and veteran actor and producer Bo Keister (Remember The Titans). The team selects and curates some of the scariest horror shorts found on this here planet.