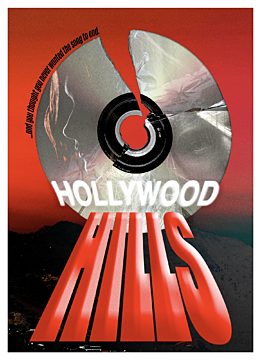 Logline: A caretaker develops a dangerous relationship with a has-been pop superstar placed into conservatorship by her overbearing and voyeuristic father.

The Pitch: Chloe (early 30s) has landed the opportunity of a lifetime: to manage her childhood idol and 2000s pop sensation Renée (late 30s). The catch: after a mental breakdown some time ago, Renée has been placed into conservatorship by her overbearing and voyeuristic father Wyatt (late 60s), confining Renée to her home in the Hollywood Hills in complete isolation. For reasons unexplained, Wyatt does not live with Renée himself, so Chloe is to be Wyatt’s eyes and ears as Renée’s de-facto live-in caretaker.

Once there, Chloe is disappointed to learn that this is not the Renée she once looked up to. Renée exhibits extreme mood swings, temper tantrums and an off-color sense of humor. Renée also has a wild sexual relationship with her photographer Zeke (mid 40s), who seems to be the only person allowed to visit the house. But Chloe is persistent — she knows the Renée she once admired must still be in there. To that end, Chloe suggests that they work on a new album. Renée agrees, but creation of the album faces several obstacles as Renée repeatedly attempts to escape, and when that fails, tries to take her own life.

As time goes by, Chloe can’t shake the feeling there is more to Renée’s conservatorship than she is being told and, after some testy exchanges with Wyatt, comes to realize that she’s just as trapped in the house as Renée is. She is soon overcome with paranoid hallucinations, psychotic episodes and, worse yet, finds that her persona is melding with Renée. In this twisting venture of music, secrets and insanity, Chloe will come to discover that her dream come true is also an inescapable nightmare.