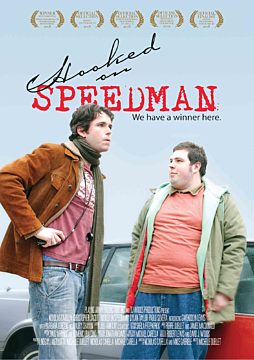 Would be filmmakers, Nick and Vince, dream of making it big and getting out of Nowheresville. Their goal is to make the next indie blockbuster of Blair Witch proportions and they have just the idea to take them to the top: a documentary about their hometown hero SCOTT SPEEDMAN. As Nick and Vince scour the city to document Scott Speedman stories, they encounter prolific producer Dietrich Baum, who agrees to help them if they can get the “actual Scott Speedman” in their movie. Nick and Vince seem destined to succeed. The only thing in their way is reality.