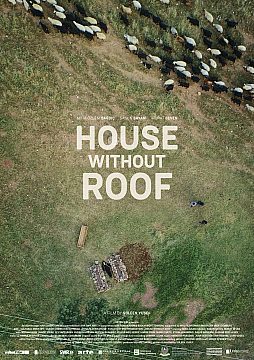 HOUSE WITHOUT ROOF is about the journey of the siblings LIYA, JAN and ALAN who were born in the Kurdish area of the Iraq and grown up in Germany. The three of them want to fulfill their mother's last wish to bury her in her home village beside her husband who got killed in the war under the Saddam Hussein regime. On their nerve-wracking Kurdish-odyssey they are not only faced with their Kurdish extended family that does not accept the last wish of their mother but particularly with their own matters. In recent years they distanced from each other - everybody runs his own life - and whenever they are holding talks, they are mostly based on reproaches. In parallel with the run of their journey it is noticeably that in their home country the dimension of an awful conflict, that nobody can surmise, is heading for disaster.