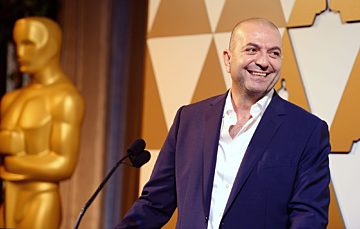 Nadia, a young mother married to a jealous man, goes to Huda’s salon in Bethlehem, for a
haircut and an attentive ear. But this ordinary visit turns sour when Huda, after having put
Nadia in a shameful situation, blackmails her to have her work for the secret service of the
occupiers, and thus betray her people.
As Nadia escapes the salon, that same night, Huda is arrested by Hasan and other members of the resistance. They find nameless pictures of all the women Huda recruited, including Nadia’s.
Huda knows that she will be executed the moment she gives up the names. She tries to bide
herself as much time as possible.
Meanwhile, Nadia hears rumors that Huda got caught. In a panic attempt to escape the situation, she makes a desperate call to Huda’s phone, which only sends the Freedom fighters on her trail. Now, the dangerous men are getting closer to finding her, and Hasan is getting closer to getting the names from Huda.
Huda’s Salon is a heart-racing, entertaining feminist thriller inspired by real events, where
two women fight for their freedom.