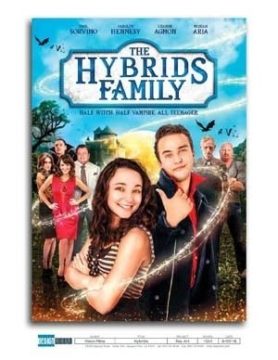 HYBRIDS is a family comedy adventure about the world’s first half-vampire, half-witch siblings! Born from the mixed marriage of a Witch and Vampire, the ambitious teens transport themselves from their dingy, dark chateau to the sunny beaches of Florida to start a normal life. What they don’t know is that their parents, Valantina and Todor, have mortal enemies called Hunters, led by the ugly Prater and his bumbling sidekicks, who want to kidnap the kids to take revenge for a curse placed on him by Valantina decades ago. And as the head vampire, The Count (Paul Sorvino) always says, “One Witch and One Vampire equal One Big Mess”! HYBRIDS is full of fun and adventure for the entire family!