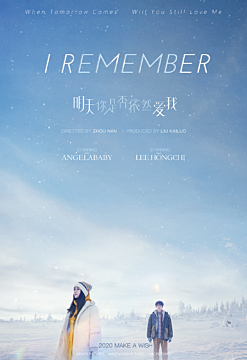 Fei Li is a 30-year-old IT specialist, who is often overlooked by his co-workers except when he’s needed to resolve computer issues. Li had a crush on Zhao Ximan, a girl from the business department, and he only kept the feeling with himself. The company went on a year-end trip to Finland. At the end of the trip, Ximan found out that her secret boyfriend betrayed her. She went for a ski alone and accidently fell off. The next day when she woke up in the hospital, a temporary amnesia caused a loss of her short term memory for one day. As for Li, this is an unexpected chance, he made Ximan believe that they were in love. Before Ximan could recall all the memory, Li had one day to get close to her.