Home / Films / ICON OF THE SEASON 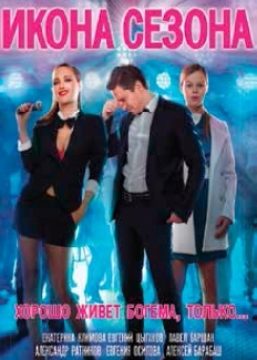 ICON OF THE SEASON

The fi lm is set in a fi ctional city not unlike Moscow. Its characters – producers, TV show hosts, DJs – incessantly talk about love, but are incapable of loving. They engage in extensive
discussion on the subject, which they do not even begin to understand. They are charming and successful and live in a comfortable and cushy world, bolstered by their substantial bank accounts.
They lead busy, but vacuous and fruitless lives. One day, the protagonist is overcome by the fear of death. His cozy world starts to crumble all around him, revealing the looming reality, which calls him to answer for his past mistakes while at the same time showing the way to a new future.
What this future holds will depend on whether he can make sense of the world and his place in it.