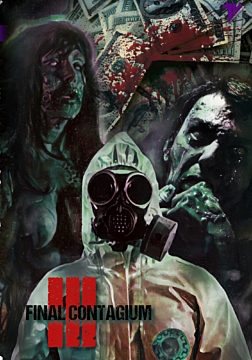 An experimental virus created by a mad scientist in Chile is spread throughout the world by contaminated money. We follow the effects of the deadly infection through different countries: in Italy, a thief steals some contaminated notes from an immigrant, becoming deadly ill; in Kosovo, a transsexual endures extreme surgeries after being infected; in Germany a father is desperate to save his contaminated son.