Home / Films / Inspector Sun and the Curse of the Black Widow 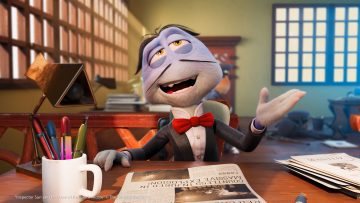 Inspector Sun and the Curse of the Black Widow

Set in the 1930s on a luxury seaplane flying from Shanghai to San Francisco, the animated murder-mystery movie is directed by Julio Soto Gúrpide (Deep, worldwide released animated film). In this sumptuous world, humans and insects co-exist. Humans travel in the cabin whilst the insects travel in great style below; to an insect, a Pan Am clipper is the size of the Titanic to a human. Spiders are the police in this vivid world and Inspector Sun is the most famous of them all. With a nod to the past movies of Charlie Chan and Agatha Christie, Inspector Sun is pitted once again against his nemesis, the Red Locust. Bankrupt millionaires, femmes fatales, hitmen and smugglers add to the mystery.