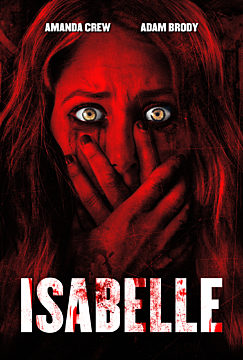 Larissa (Amanda Crew, Silicon Valley) and Matt Kane (Adam Brody, The O.C.) are the perfect young couple, moving into the perfect home, in the perfect neighbourhood in upstate New York. Larissa is pregnant and it’s a boy – his name is going to be Colton.
Unexpectedly, Larissa goes into labour early. After serious complications, she flatlines. Is she dead? Larissa spends a full minute without any signs of life, but then she comes back.

The baby is stillborn. Larissa takes the news hard. The haunting image in the morgue seared into her memory catapults her onto an emotional roller coaster, one that threatens her sanity, marriage and life. Back home from the hospital, Larissa begins to ‘see’ her dead baby. She then notices a young woman in the house next door, sitting in an upstairs window, staring at her, which makes her feel most uncomfortable.

When Larissa tries to point out this woman to her husband, Matt doesn’t see anyone. Is Larissa losing her mind, or is she being haunted by a spirit? Matt thinks it’s the former. And yet, as the story unfolds, it becomes clear that it’s the latter. A Wanting Film Inc. production.