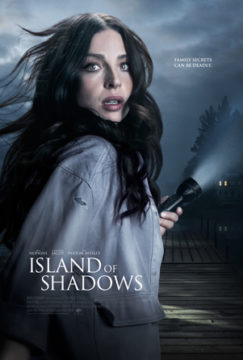 True-crime author, Carly (Anna Hopkins), and her husband Kevin (Christopher Jacot) take a much-needed vacation at Carly’s distant family’s historical mansion on Crawford Island. Kevin thinks the vacation will be a chance for them to reconnect, but Carly plans to research the mysterious unsolved murder of Diana Crawford (Erin Agostino) as the subject of her next book. Ignoring Kevin’s concerns, Carly researches the Crawford family at the local library where she also interviews townspeople who have a connection to the Crawfords. Lauren (Alex Paxton-Beesley) in particular is keen to help Carly research Diana. What Carly doesn’t know is that Lauren is actually Ashley, the daughter of Peggy Norris, who murdered her abusive husband and went to prison for life after Carly’s book about Peggy revealed what really happened to Mr. Norris, leaving Ashley an orphan. Now Ashley is out for revenge, and Carly will have to fight for her life in order to live to tell Diana’s story.