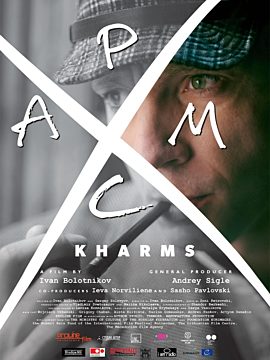 The film tells the story of the life of Daniil Yuvachev, known to the world as Daniil Kharms. Kharms, the brilliant master of the absurd, battles with himself, with his flaws, his passions and the world around him in his shabby apartment and the offices of the Soviet children’s magazines Chizh and Yozh, and on the streets, river embankments and roofs of early 20th century St. Petersburg. The biopic, filled with references to Kharms’s works, veers into surrealism.