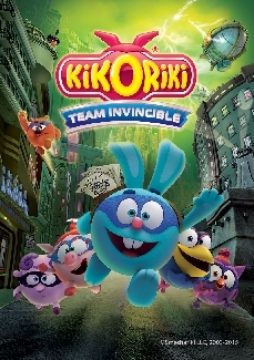 The lovable inhabitants of the remote island of Kikoriki have it all. But the lives of the Kikoriki gang are suddenly turned upside-down when they stumble on a strange device they had only heard about — a television.
Misinterpreting the super-hero show they see on this wondrous box as reality the gang is quickly drawn into a zany adventure far beyond their wildest dreams — an adventure which catapults them across the vast ocean to the heart of the Big City itself.