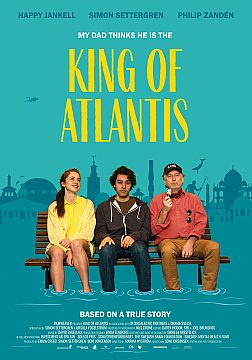 Based on a true story about the young Samuel, who takes care of his schizophrenic father who believes he is the King of Atlantis. When Cleo enters Samuel's life, he realizes that there is no guilt in living his own life, but the love and compassion for his mentally ill father make it hard for him to break free. King of Atlantis is a drama-comedy about unconditional love and identity.