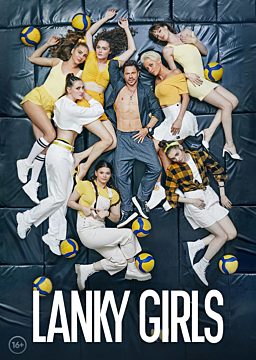 Mikhail Kovalev, the protagonist, is a talented and successful coach of a Super League men’s volleyball team. He is pretty short but compensates it with bad temper and aggressive behavior. He lives large and often drops his girlfriends whom he treats like sex objects. After his another escapade he is confronted by the new president of the Volleyball Federation, who is a woman. As a result, he is fired from the big sports. Now to have a chance to return, he has to make a university women’s team the winner of a tournament in his provincial hometown. Such is a condition his mother set to him, a despotic and autocratic woman, who used to be a famous volleyball player and the first coach of the current president of the Volleyball Federation. Mikhail has to change and learn to respect girls, accept their problems and stop being a Lovelace.