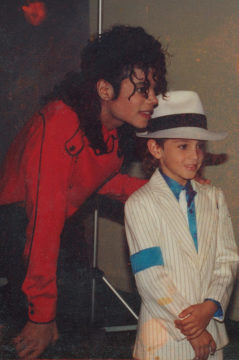 When allegations of sexual abuse by Michael Jackson involving young boys surfaced in 1993, many found it hard to believe that the King of Pop could be guilty of such unspeakable acts.

In separate but parallel stories, James Safechuck (10) and Wade Robson (7) were each befriended by Jackson, who invited them into his singular, fairy-tale world as his career reached its peak. Their families were unaware of the manipulation and abuse he would subject the boys to over a period of years.

Through gut-wrenching interviews with the now-adult men and their families, Leaving Neverland crafts a portrait of sustained exploitation, deception and the complicated feelings that led both men to confront their abuse only once they each had a young son of their own.

Playing out against the backdrop of our collective experience, the film documents the value of breaking a long-held silence, even when it implicates a powerful, revered figure.