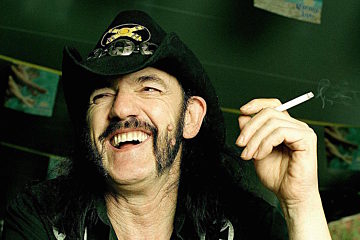 The biopic will center around iconic heavy metal godfather Lemmy Kilmister and his incredible adventures as vanguard and talisman of the loudest, dirtiest and most liberated rock’n’roll band in the world. It will follow Lemmy’s early life in England highlighting his childhood before diving headfirst into the local music scene and his speedy ascent to exhalted rock legend via such experiences as being a roadie for Jimi Hendrix and blitzing the world with seminal psychedelic rock band Hawkwind. It wasn’t until his 30’s that Lemmy strode out on his own to create the iconic band Motörhead who would change the world with their unrepentant mixture of loud, fast and completely free rock’n’roll - paving the way for bands like Metallica, Megadeth, Anthrax and others as it bridged the gap between heavy metal, thrash and punk. Motörhead recorded and toured for 40 years until Lemmy’s death in 2015, with their smash-hit 1980 single “Ace Of Spades” still a world-renowned heavy metal anthem.