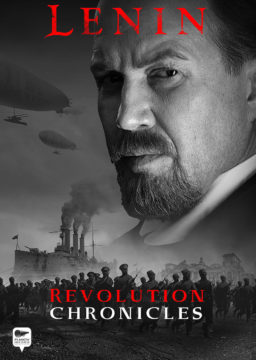 It’s been almost three years since the bloodiest war in the history of humanity began – World War One.

Having missed the beginning of the war while dedicating his life to the preparation of the revolution, Vladimir Lenin, currently living in exile in Switzerland, now desperately seeks a way back to Russia to take control.

There are few options and the most viable one is also the most dangerous– to cross through German enemy territory by train.

Enter Parvus; the most infamous of political opportunists!

Parvus is obsessed with wealth and destroying the Russian Empire and informs Lenin that he has made a deal with Germany to sponsor his revolution and smuggle Lenin and his comrades into Russia.

Aware that making a deal with 2 devils could cost him everything including his political influence, Lenin knows he must outsmart and outmaneuver Parvus and the Germans at any cost...