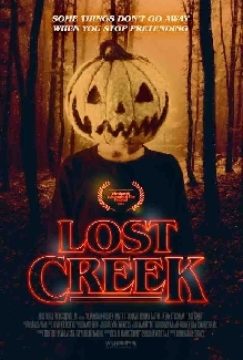 Eleven-year-old PETER moves to a new town with his recently divorced mother. Exploring his neighborhood, Peter feels something is wrong – very wrong - the adults are disappearing! Of course, his mother and only friend in school, BILL, feel the only thing wrong is Peter’s overactive imagination. Playing at the nearby Lost Creek, Peter befriends MAGGIE, a mysterious girl who only seems to appear at the creek. On the night of Halloween, Peter, Maggie and Bill must band together to face their fears and uncover the dark secrets of Lost Creek.