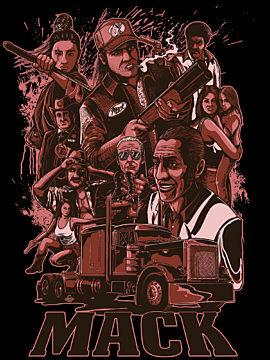 **Based on the song, Mack by Bob Wayne

Mack, a good-hearted truck driver gets mixed up in smuggling drugs with a notorious drug and sex trafficking cartel. When he decides he's done his last load and he wants to go sober and straight, Jack Coke (The Cartel Boss) has Mack's wife and child kidnapped and taken hostage, Mack is then forced to do one last run, the mother load. This journey takes us into the depths of a drug-induced twisted life of a drug smuggler who is on the edge of sanity and who will do anything to get his family back.