Home / Films / Madness in the Mehtod 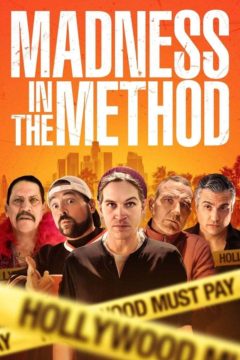 Madness in the Mehtod

The only way to survive in Hollywood is to toughen up. At least that’s the advice Kevin Smith, aka Silent Bob, passes on to his best friend Jason ‘Jay’ Mewes. Only Smith didn’t expect his advice to turn Jay into a psychopathic killer.

No longer content being known as Jay, the vocal half of the Jay and Silent Bob stoner duo, and Smith’s sidekick, Jay takes matters into his own hands.

He hatches a plan to dethrone Smith, take over his universe and emerge from Silent Bob’s shadow. And it’s a plan that may or may not involve the murder of Danny Trejo…

Can Jay pull it off or is it all just the fantastical ‘mewesings’ of an insane ex-drug addict?