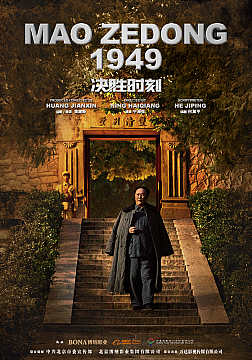 In 1949, at the end of the Anti-Japanese war, the history of China was turning to a new page. On March 25th, MAO Zedong and other central leaders come to Beiping and settled in the Shuangqing Villa in Xiang Mountains. In the next six months, MAO Zedong organized a peace negotiation between the People’s Liberation Army (PLA) and Kuomintang (KMT), then commanded the Cross-River Battle, and marched across the whole country. Also, MAO Zedong met with a number of democratic personnel, discussing with them about the future of the new nation, preparing for the founding ceremony on the 1st of October.