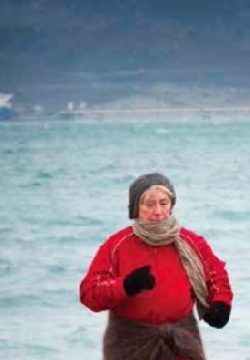 Middle-aged Anatoly’s life is a failure. His sports career did not pan out, and his wife leﬅ him for another man... Unsuccessful, miserable, and hopeless, he loses faith in himself... But a chance encounter with an older woman named Anna changes everything when she suggests that he take part in an unusual marathon in the USA...