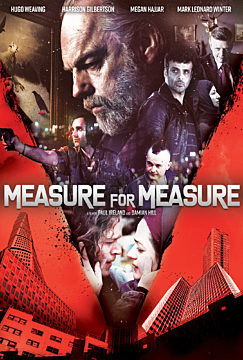 An unlikely love ignites between a modern Muslim girl and a local musician amongst the background of racial tension, amphetamines and gang culture in the city’s notorious housing estate.Inspired by SHAKESPEARE’s play Measure for Measure and influenced by the gritty realism of films like Amores Perros, the social conscience of Fishtank and dynamic aesthetic of Un Prophete, Measure for Measure questions the notion of justice, the ability for redemption and the desire for power and examines the idea that ‘we can never escape our true nature or where we are from despite our attempts’. Measure for Measure is also a raw study of the most basic and yet most complex of our emotions - love…. how we react when we find it, and how far we would go to keep it.