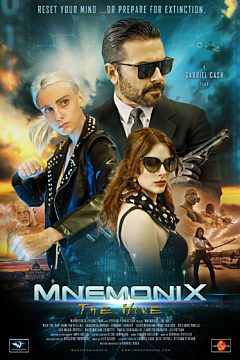 A virus is quickly spreading all over the world that damages the central neurons of the human brain. This virus destroys all memories and renders a human to an unconscious vegetative state, zombie-like, and, in the worst case, death. In response, Nations and Corporations have created Companies led by the best scientists and doctors specialized in cybernetics. An acclaimed professor Yoshimitsu is able to finally find a cure for the human population; but it’s extremely expensive, so only a few people will be able to benefit. The cure is the substitution of a small part of the brain with a cybernetic implant, to render the subject immune to the disease.
But a new threat is on the rise from humans who have decided to take advantage of the cure, by substituting further body parts with cybernetic parts such as arms, legs, respiratory system, and eyes. This new kind of super-humans is involved as spies and assassins to secure for themselves all of the technologies necessary to control the world.