Home / Films / My Father And Me 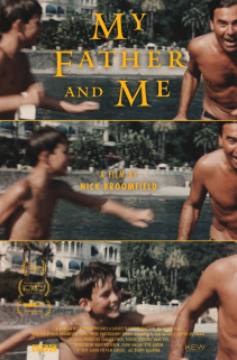 My Father And Me

Nick Broomfield has often implicated himself in his filmmaking with honesty and candor, yet never has he made a movie more distinctly personal than this complex and moving film about his relationship with his humanist-pacifist father, Maurice Broomfield.

In October 2020, the V&A Museum will celebrate factory worker Maurice Broomfield’s vivid, often lustrous images of industrial post-WWII England, which inspired Nick’s own filmmaking career, while notably outlining a marked difference in their outlook – with Nick’s less romantic, more left-wing political identity stemming from his Jewish mother. Both a memoir and a tribute, My Father and Me is an intimate story that takes an expansive, philosophical look at the twentieth century.
A Lafayette Film production.