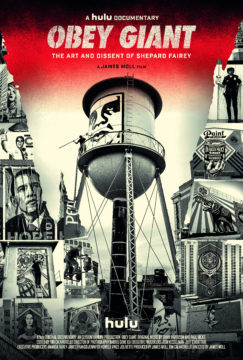 From Academy Award®-winning filmmaker James Moll (Foo Fighters: Back and Forth) and executive producer James Franco (Mississippi Requiem), profiling the life and work of artist Shepard Fairey, this film takes audiences deep into the world of street art and its role in politics.

Obey Giant follows Fairey’s rise from his roots in punk rock and skateboarding, to his role as one of the most well-known and influential street artists in the world – through his iconic Obama ‘HOPE’ poster and the controversy that surrounds it.