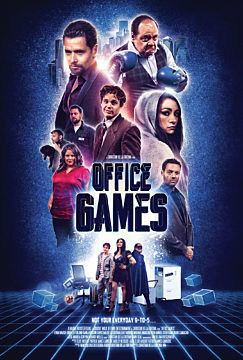 A socially awkward and obsessive gamer dwelling in the comforts of his parents’ basement is forced to embark on a quest, to get an extra life. In order to do so, he will have to LVL UP, survive RL and save his cosplaying crush by raiding with his new party of quirky co-workers.