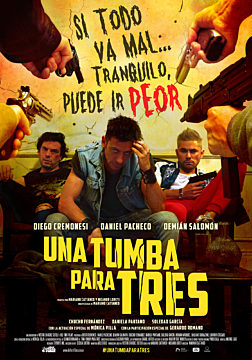 One Grave for Three Men

A small-time gangsters trio, failed on a mission that was supposed to be simple. While they try to repair their mistake, everything fucks up with a boom of eccentric and violent characters, which come and go to a house in the middle of the forest, that used to be the hideout of the dude who was their first objective. The greed for hot money, experimental drugs and bloody gun battles, are the mix to dug a grave.