Home / Films / One Man and His Shoes 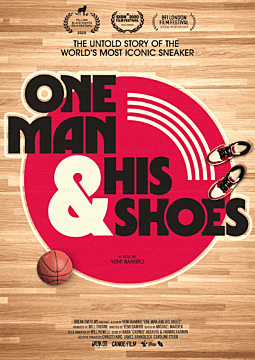 One Man and His Shoes

The film starts in 1980s America. African American communities across the country were in the midst of a crack pandemic and Reagan’s war on drugs wasn’t working. Michael Jordan was still just an exciting young prospect at the university of North Carolina. The National Basketball Association (NBA) was struggling with its TV viewership numbers as well as trying to tackle a cocaine epidemic amongst some of its biggest stars. Nike was also a struggling company at this time, making only running and tennis shoes. But Nike's marketing executives saw an opportunity to branch out into a team sport that anyone could play. Also at this time, other companies' marketing was out of touch with both the grass roots of the sport and ‘The Kid’ - the teenager or young adult who played ball with their friends on every street corner in America.

Employing legendary basketball scout Sonny Vaccaro to pick an up and coming talent to bet the house on, and then finding a young black director called Spike Lee to make the TV commercials, Nike was about to launch Michael Jordan and his shoes into history. Like any phenomenon, all of this happened with a little bit of luck and good timing. What Nike hadn’t planned for was the first shoes to be banned. When this happened, it created a perfect marketing campaign and opportunity for Nike - the shoes became a must have for The Kid.

When this was matched with the sporting prowess of Michael Jordan, who went from strength to strength on the court, breaking records, and becoming an all rounder winning machine who was literally flying through the air to score, the Air Jordan phenomenon went global and sneaker culture went into overdrive, with collectors rapidly surfacing throughout the world. Put simply, if you watched Michael Jordan on Sunday nights in the NBA pulling off incredible feats, then you wanted a pair of Nike Air Jordans – Nike knew this and promoted the shoes accordingly, but with a high price tag. However, this all came at a cost.