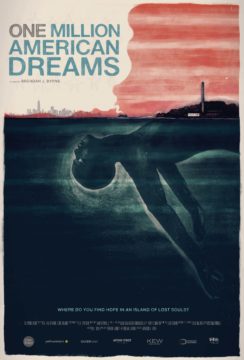 “If you can make it there, you’ll make it anywhere” is the confident declaration in one of the world’s most famous anthems, New York / New York. It’s the ultimate measure of success in the world’s most iconic city.

But behind the grandeur and magnificence of the Big Apple are just as many stories of those who didn’t make it, those who got caught between the cracks of the American Dream.This film is about them.

Less than 16 miles from central Manhattan lies Hart Island, a 101-acre cemetery that is the final resting place of over one million New Yorkers. This is no ordinary cemetery, however, but the last stop on the often-tragic journey of the city’s unclaimed dead.

One Million American Dreams takes a look behind the curtain of one of the world’s most iconic cities and in doing so explores the underbelly of the American dream.