Home / Films / One Night Stand at the End of the World 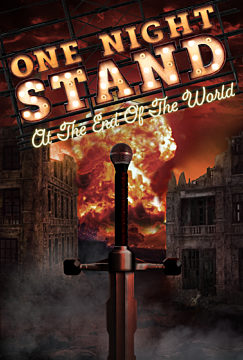 One Night Stand at the End of the World

One Night Stand at the End of the World is a dark comedic, long-form television show. In this series, a comedian travels the wasteland making his living the only way he knows how; with laughter... and the occasional bit of murder. During his travels, The Comedian, a loner by nature, encounters a ranger who suspects that he is up to more than just making people laugh. The ranger joins up with The Comedian to see if her suspicions are correct. As the two travel from town to town, The Comedian must avoid giving the ranger the proof that she needs to execute him on the spot. Amidst a backdrop of colorful characters and downtrodden settlements, we will see who breaks first, the law-bound ranger or the rough and tumble comedian.