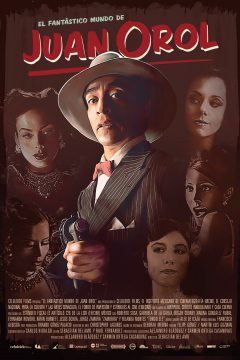 Orol, The King of B´s

Mexico's half -forgotten B-movie master, "involuntary surrealist" Juan Orol, receives a pitch perfect tribute in this love letter to a self-made man of showbiz, whose career spanned nearly sixty films. In a glorious black & white flashback mingling movie-tainted memories of his Galician childhood, forced exile to Cuba and arrival in Mexico, intrepid "Juanito" pursues failed careers as baseball player, boxer, bullfighter and gangster before landing in the movies - where failure kind of works for him. This is a fast moving comedy where every frame is an infectious homage to a golden age of cinema, the wile of memory and the art of fantasy.