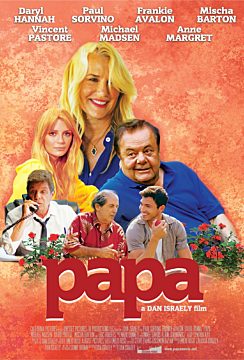 Inspired by a true story of an adopted son looking for his biological parents. Papa is a heart-warming movie about love, companionship, relationships, and family.

Ben Freidman (Robert Scott Wilson) discovers that his mother died in childbirth, and his true biological father might live in a home for the mentally challenged.

Little does Ben know that a series of surprises and curious twists of fate await him along his journey.