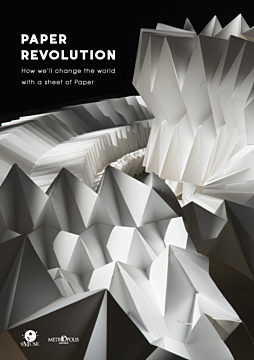 PapeRev is as much a documentary as it is a drama with each episode exploring the human connection to paper using dream-like sequences, visual effects/animations, and engaging cliffhangers at the end of episodes.Constructed in a series of eight one-hour long episodes filmed around the world, it binds together current issues and innovations with relevant information from the past with: architecture, entertainment, art, medicine, fashion, interior design, transportation, medicine and social emergency.

PapeRev addresses other issues such as sustainability and global health, sharing the visions of both non-believers and paper revolutionaries like architect Shigeru Ban, health innovator Manu Prakash, and the man who made a paper bicycle Izhar Gafni. Following the interesting, innovative people behind the paper is how this series will challenge its audience to think how they can change the world with a sheet of paper.