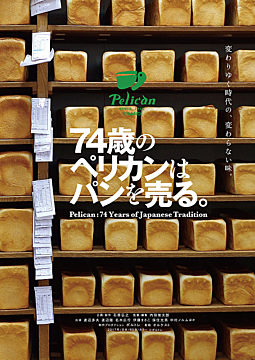 Pelican: The Tradition of 74-Year-Old Baker

“Pelican” is a long-established bakery in Asakusa, Japan. They open at 8:00 every morning, and you can see a line of people in front of them waiting before the opening time. They only make two items, which is so rare in the bakery industry. Pelican began their business as an ordinal bakery in the town, and continued their business responding to the demands of every decade. Now, they are the one and only bakery called “the treasure of the bakery industry.”

Riku Watanabe is 4th generation owner aged 29. The young owner manages the 74-year-old bakery keeping the principle and tradition alive which his grandfather Kazuo established. Kazuo is 2nd generation owner who built the brand of Pelican. He decided to make only two items though they made many other items before. In this film, you can see the essence of successful manufacturing and business. In Kazuo’s words, “How can we make bread which sells well?”