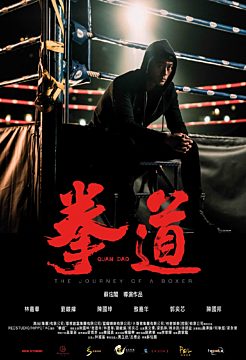 Bull’s father (starring Dominic LAM) got his eye blinded for protecting his best friend Hing when he was young. Since then, he hide away from friends and live a quiet life with his son Bull.

When Bull (starring CHAN Kwok Kwan) was 12 years old, he was bullied by squad when selling souvenir during the New Year’s Eve countdown, wanting to make some money for the family.

Urging to learn boxing so that he can protect himself, Bull make his father going to meet Hing, who run a boxing club. Hing promised to teach Bull.

Bull is always a helpful person. He will help people from bullying and fight back the bad guys. Under Hing’s training, his became a very skillful boxer.

With Hing getting older, there isn’t enough tuition income to sustain the boxing club. Hing’s son Pony (starring NGO Ka Nin) convinced Bull to join underground fighting. But this brought huge loss to the organizer Master Wai. In order to settle the trouble, Pony promised to prepare a car for Wai’s gang to do drug trafficking. Somehow the deal was spotted by a police and Pong got bitten up badly by Wai’s son Kuen (starring LIU Chun Wei).

To revenge for Pony, Bull go to Hing’s gym but found out that Hing is his girlfriend Chuek’s father, and Kuen is the one who hurt Pony badly. To bring justice, Bull accept Kuen’s challenge in a boxing ring. Can Bull finally win the challenge and bring back justice?