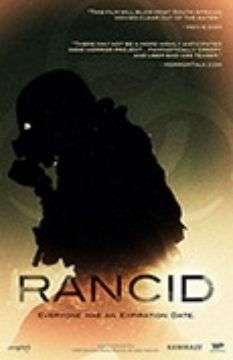 Everyone has an Expiration Date.

Four applicants, with their own hidden agendas, are accepted by a mysterious corporation to participate in a medical experiment at an isolated testing facility.

With no instructions and no supplies, the human lab rats must fend for themselves and figure out what part of the experiment each one is playing. When the corporation becomes aware that a pregnant intruder has infiltrated the facility, they send in armored guards to clean up the mess. However, loyalties are tested when the guards learn the truth about the experiments and begin to turn on the corporation. Hidden truths about the different players and why they all signed up for the tests are revealed as their situation becomes increasingly dire.