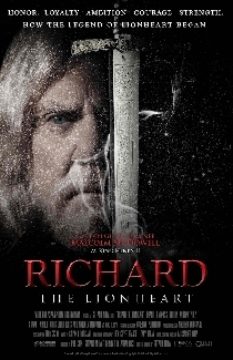 England and France are on the brink of war. The aging King Henry II is ready to let one of his sons rule England and lead the fight against France. But none of his sons are ready. Richard shows the most aptitude but he seems more interested in drinking than ruling a country. Henry decides to test Richard's loyalty, honor and skill. Henry takes away his sword and title then sends him to a secret castle known as the Knight's Martyr. It's a hellish prison in which the prisoners must fight for survival against diverse adversaries. This test of ingenuity, character and strength is how Richard acquires the surname of Lionheart.