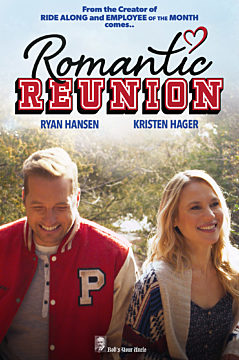 35-year-old Pat Hodges is living the life in Chicago…slick job, dating a Senator’s daughter and residing in a waterfront condo.

It’s a holiday weekend and Hodges is supposed to spend it with his girlfriend and her family skiing, where he’s going to propose. Just before his flight, he gets a call from his grade school buddies with horrible news – he must return to his small town for a funeral. Hodges’ best friend is dead.

But when Hodges arrives with tears in his eyes, his reveal there is no funeral – it was a trick to get their star quarterback home so they could replay the 1999 Turkey Bowl – a football game against their bitter cross-town rivals that was snowed out 15 years prior.

Hodges is trying to escape the nonsense when he runs into his high school crush, Jen, the captain of the cheerleading squad and the girl he thought he’d marry,

Hodges, who shunned who he is and where’s he’s from, quickly gets caught up in his old ways – getting arrested, avoiding the town slut, hanging with his ex-girlfriend, fighting with his rivals from the other team, lying to his future fiancé and playing ball with a bunch of out of shape beer drinking buddies.