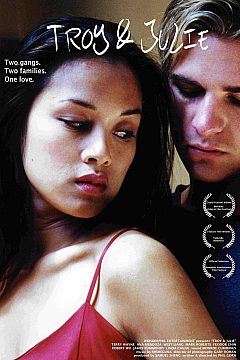 Set and filmed in San Francisco, SF tells the story of love and loss as two cultures collide in a changing section of The City.

The story centers on two gangs in the Richmond District of San Francisco. When an Asian gang leader is killed, Troy (Terry Wayne-Finish Line), a member of the White Knights, begins to have doubts about being part of the gang. His doubts are only heightened when he meets Julie (Ava Mendoza-Wave Twisters), the sister of the Asian gang leader.

As the star-crossed lovers struggle to escape the reach of the gangs, their families and neighborhood ties draw them back to their roots -- and away from each other.

Loosely based on William Shakespeare's Romeo and Juliet, SF movingly explores the family conflicts, racial hatreds and gang loyalties that torment the lovers as they flee from the police and struggle to honorably resolve their plight.