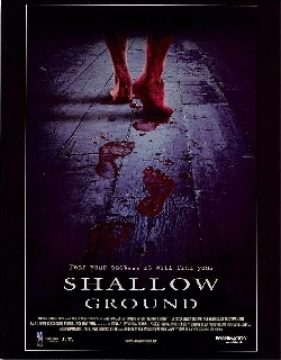 Fear your past. it will find you.

The nightmares couldn't possibly get any worse. or so Sheriff Jack Sheppard thought as he packed the last of his things, ready to leave the small town of Shallow Valley behind him once and for all. But as Jack is about to learn, the horrible events that have transpired here over the past year are not about to loosen their grip quite that easily.

Almost one year after the brutal unsolved murder of a local girl, a naked teenage boy covered in blood has appeared on the front steps of the Shallow Valley Sheriff's Station. Drops of fresh blood still drip from the hunting knife firmly gripped in the boy's hand, the same hunting knife Jack failed to wrestle from the girl's killer almost twelve months earlier.

Now, Sheriff Jack Sheppard, guilt-ridden over the girl's murder, must confront his own demons as he desperately searches for the boy's true identity and possible victims. Little does Jack realize that he has started down a path that will bring him face to face with a nightmare far worse than any that have plagued his recent dreams.

Who is this boy who seems to have no past, no record of ever existing? What unthinkable horrors await Jack deep within the forest surrounding Shallow Valley? What dark secrets lay buried in the shadows of this small town's past? There are those who should pray these questions never get answered.

Before sunrise the living will pay, for the pain the dead have suffered.