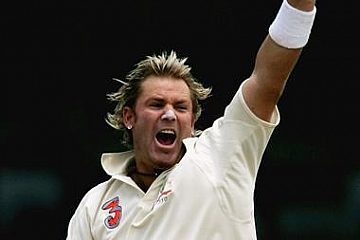 An international cinematic documentary on one of the most adored, respected and revered characters in the history of sport. A man whose combination of sporting brilliance, exuberance, charisma and charm made him an icon to billions of people all over the world. Shane will be the most intimate, inspiring, uplifting film ever made about the greatest bowler to play the game of cricket. As respected writer Gideon Haigh wrote: "Augustus found Rome in brick and left it marble, that's what Shane Warne did for spin bowling". But his appeal was about so much more than mastery of his art, and his personal struggles merely seemed to endear him even more to his many supporters. A drugs ban, a high profile divorce, tabloid tales of trysts with supermodels all made him a modern day George Best; a personality who could do no wrong in the eyes of the public. For many he was the player they wanted to be and the man they wished they were. He had the mind of an artist inside the body of a rock star.