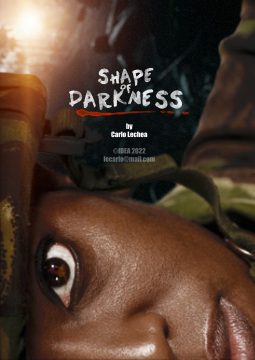 Leading a small group of rangers, Nyota, a young female ranger, is tasked with intercepting the GPS signal of gorillas in one of Africa's most impressive natural parks, the vast Upemba Park.

The rangers and journalists enter an area occupied by a militia that has set up a mining base there. One of the journalists is kidnapped and almost all the rangers are killed. A race against time is launched during which Nyota must fight the armed men in hostile terrain to bring back these foreigners safely; but at what cost?

In her quest, this courageous Congolese woman will face the horrors of her past, when her childhood dreams were torn away by the outbreak of a horrific civil war.

Shape of darkness is a breathtaking thriller that denounces the plundering of a country that is a sanctuary for biodiversity.