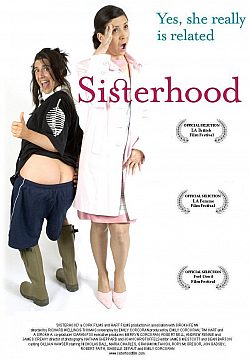 Catherine St.John-Burke is an independent, uptight, status obsessed, sophisticated, British woman, living alone in London's Chelsea, and doing herself no favors by having an affair with a married man. Her world is turned upside down when she comes home one day to discover an uneducated, Kiwi woman (with very hairy legs) drinking beer in her living room. Shirley Zachary claims to be Catherine's long lost half-sister and that their father, who Catherine thought died when she was a child, is still alive and trying to make claims on both of their properties following the death of their mothers! Furious and frustrated with Shirley's refusal to 'disappear', Shirley reluctantly agrees to undertake a DNA test, and to Catherine's horror, the results concludes that they are indeed related. Both girls agree to work together and track down their 'con-man trapped in the 70s' father in order to get the rightful ownership of their inheritance. Of course, hiding from the local Mob, Jack is not an easy man to find but they begin by following a man called 'Sir Crawford' with hilarious consequences!