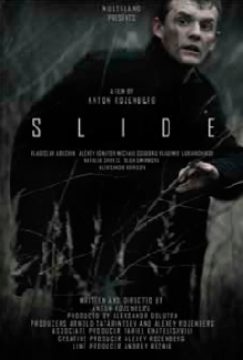 There are four of them. They are on the both sides of the law. For the one hand, they are The Drug Police Department offi cers. For the other hand, they work for some powerful and mysterious man who controls drug traffi c. They
don’t know now where is the right and where is the wrong side. They are very strong together and can make everything.
“Pepl” is one of them. He has diffi cult period in his life and besides during one police operation he was so close to death that realizes it could be real at every sudden moment. He thinks he should change his life. But the question is what he should do. Policemen are faced too many failures and coincidences. They are sure now that there is a mole among them.
Their aim now to identify who is the mole and fi nd out if he works for the Federals or for some unknown drug dealers.
“Pepl” is under suspicion. He becomes the traitor and the fugitive for his friends who are also in hiding because of unknown strong enemies. The leader of the group, “Eldest” leads the chase. The situation spins with uncontrolled rate. The heroes provoke unpredictable situations that seemed to become irreversible and there is no hope to run from the death. For anyone of them. But what if “Pepl” is not the mole and somebody manage this race to hit the jackpot. This Slide of “Pepl” to unpredictable future and his transformation is in the center of the story.