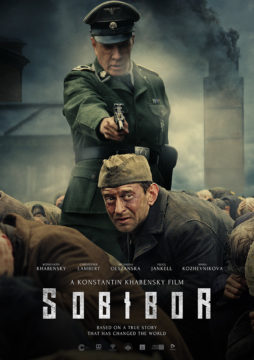 Based on the true story, international historical project “Sobibor” is dedicated to the heroism of the Soviet officer Alexander Pechersky. During the great Patriotic war, being in a Nazi concentration camp Sobibor* he managed to do the impossible — for only three weeks to organize a revolt and mass escape of the prisoners. Part of the escapees were caught and shot, and the rest led by Pechersky managed to escape and joined the partisans.

*Sobibor was one of the four concentration camps in Poland. It was not a “common” camp, prisoners here were not divided into fit or unfit for work:
those who got there were doomed for death.After the escape led by Pechersky it was soon dismantled at Himmler’s order.