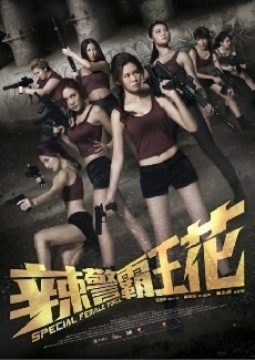 An elite team of six female rookie police recruits fails to graduate as they resist to retreat in the final test when the situation gets out of hand. But their eminence provides them with another opportunity – “The Rafflesia”, a special female force that was disbanded 25 years ago when the mission failed, which is now looking for new blood to resume operation.
Their first mission is to capture the notorious triad leader “President”, who caused the disbandment of “The Rafflesia” 25 years ago. He takes hostage of top medical scientist Yoshida for his knowledge in virus to threaten different countries and ultimately plot a physical robbery.
Eager to become real police officers, the girls accept the offer despite the level of danger involves.